Navigation Menu
Home » Blog » That was the week that was…

That was the week that was…

Or rather, the two weeks that were! The party is finally over… phew!  I have held four events in exactly two weeks.

The first was at  Red Lion Books in Colchester. It was surprisingly well attended and the readings by Philip Terry, Emma Kittle-Pey, Mark Brayley and myself went very well.

The second event was the inaugural Mistley Book Lovers’ Dining Club at the Mistley Kitchen. I wasn’t promoting Patrician Press authors at this first meeting but had invited authors Kate Worsley and Chris Harris to talk about their work. For the next meeting in October, the format may change slightly but I still plan to have two authors, possibly one from Patrician Press and one from the local area. It has got me thinking that we could even hold a arts festival here in Mistley as there do seem to be quite a few writers and artists living nearby.

The third event at Treadwell’s book shop in Central London was the main attraction and it was the first time all six authors have appeared together in one place. Maurizio Ascari who has written Faded Letters in English and which was launched in Bologna at the end of March flew over especially as did Sara Elena Rossetti, whose Italian-English poetry collection – Arcobaleno Rainbow – launched in Milan also at end of March. It was a really enjoyable and memorable occasion.  And I would thoroughly recommend The Life Goddess Greek restaurant where we ate afterwards. In fact, even though a couple of new authors recently christened me the ‘Our Lady of Publishing’, I think I now prefer the ‘Life Goddess of Publishing’…

The final event which was more low-key but just as important was held at Islington Central Library. Mark, Emma and me were joined by Ken Wilson-Max who is involved in the launch of my children’s book imprint, Pudding Press.

During this time, I have welcomed a new author to the list. He is Robert Ronsson and I am delighted to say that he will be publishing his novel, Out of Such Darkness, under the Patrician Press imprint.

Now I hope to find the time to continue writing Dorek, my third novel. Dorek connects to both Zaira, my historical novel, and Clarisse, written under my pseudonym Marianne Francis. The plan is to publish all three books eventually as a trilogy under my own name. 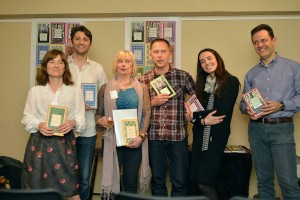 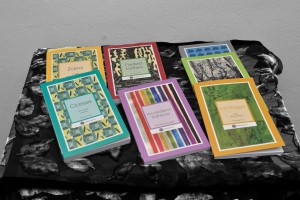 Finally  a video about Patrician Press created by Raffaele Tamburri is currently in production.