Launch of Faded Letters by Maurizio Ascari in Bologna 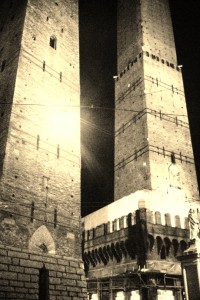 A big turn-out for the presentation of Faded Letters by Maurizio Ascari at the Associazione Italo-Britannica in the heart of Bologna. 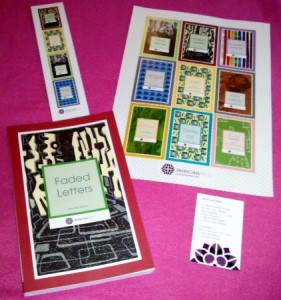 Rita Monticelli who kindly presented and reviewed the book shares her thoughts with us here:

Faded Letters is a novel based on real facts, tracing the journey of Antonio Ascari, who was deported to Germany in 1944 as a forced labourer and died in Lublin in 1945, while fleeing from Germany with other Italian prisoners. It is also a novel that celebrates the role of imagination, filling in the gaps of collective memories, and giving voice to the suppressed stories of people who are part of history, yet without being officially represented in its archives. This interconnection between fiction and factual elements allows the author to achieve what Eduard Glissant called “a prophetic vision of the past”. The significance of this novel resides also in its capacity to go beyond the family story and even the history of war: it embraces many other elements and engages in deep questions connected to life and death, material and interior life. It also addresses the issue of the relationship between aesthetics and the ethics of memory.

It is a book about how life and death are both an individual journey as well as a collective one, inspiring the reader to view life as a holistic experience in a continuous interdependence between human beings, events, nature, material and spiritual life. It is an invitation to meditation and reflection, not so much into the meaning of life, but rather, into life and death as meaning in themselves, where sufferings and joy intertwine, shaping both history and single, individual stories. It is a book on how literature can become a means not only to explore this holistic view, but also and especially the ultimate effort to discover, explore, and reconstruct this meaning. Ascari does not believe in a redemptive solution, but rather he seems to resurrect those feelings of interrelation and connection which allow us in the present to be aware of the past and provide possibilities for the future.

In this light, Faded Letters is an act of restitution, a compensation for loss and absence from official history, without becoming a celebration. It is also a restitution for the psychological complexity of the war. It is a book full of pain but also filled with joy, strong women, children, new-born babies, elderly people, everyday life, marriages, and a book where music and nature are so significant that they constitute the deepest structure of the novel. Chopin’s Raindrop Prelude is the stream that transforms tears into active memory, becoming healing water as a source of birth and of the ‘letting go’ into the flux of life and death. Water, raindrops, tears, landscape, nature are the connective tissue in the book permitting the characters to live on in each other’s memories and, I believe, in the author’s interior experience. And this allows me, as a reader, to perceive that what I am reading is not only a family novel, a book on history and memory, but also about spiritual life as the ultimate reality even when the materiality of the body, the many bodies in pain featuring in the book, seem to overwhelm everything. The suffering bodies, the body in pain, often leading to death, are here a condemnation of the war but they also acquire different meanings. The compassion you experience (cum patior) is not because of the violence of representation but the common humanity you share, the need to share, and heal.