Fabulous wedding here in our little Italian village. The beautiful bride was Sara Elena Rossetti, Patrician Press poet, and the handsome groom was Raffaele Tamburi, who kindly made the video of our launch at Treadwell’s bookshop in London last year.

I just want to say again how different Italian weddings are. They are much more modest in scale. The bride drove up in an ancient black cinquecento and the two little bridesmaids wore cream like the bride, but their own clothes, not ornate long dresses. The bridegroom arrived on a bike, festooned with an enormous red flag, celebrating Libertà (freedom) day or rather the end of it!

At the end of the service, we all drove to a lovely lunch in the Piacenza countryside. Aperitifs outside, then massive meal inside. Incidentally, there is no best man (only witnesses) or umpteen speeches at an Italian wedding. Everyone’s too busy eating and drinking, although there was a lot of clapping and several toasts to the lovely couple. We were still tired after our journey back from England and left before the evening festivities really got under way, which included a disco, live band and more pasta! Apparently the celebrations went on until one in the morning. 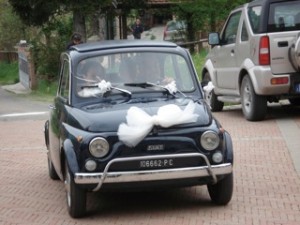 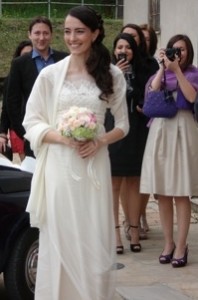 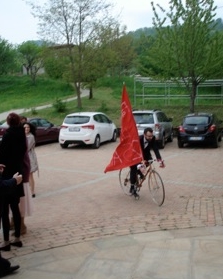 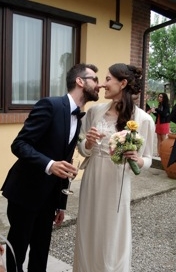 In the meantime I am extremely busy with books, as I am publishing seven paperback titles this year. Too many, really, so next year I am resolved to publish only two to four titles for Patrician Press and the children’s imprint, Pudding Press, in total.