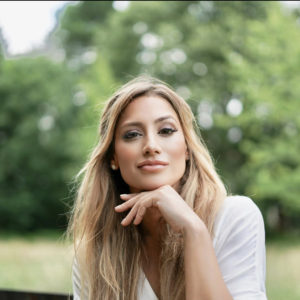 Wersha Bharadwa is an award-nominated journalist with features published in The Guardian, The Observer, The Independent, Glamour and Cosmopolitan. She was the first British Indian staff writer for Cosmopolitan magazine UK .

She is the recipient of an Arts Council England award for her debut novel and play. Her first full length play, ‘I Go Home Now’ was staged by Kali Theatre in October 2017 at the Tristan Bates Theatre in London. In 2019, ‘Living History’ was adapted into a stage play by Wersha and presented at The Birmingham Repertory Theatre. Her most recent play was commissioned in March 2020 by SAMPAD Arts. She lectures in journalism at Birmingham City University and heads up creative writing workshops for schools and organisations including disadvantaged communities and arts organisations. Wersha is currently researching and developing a new full- length play. For more, visit www.wersha.co.uk 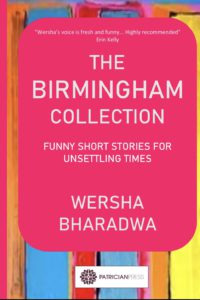 Wersha Bharadwa’s ‘Sunny the Indian Datsun’, ‘Living History’ and ‘This is Earth’ – three funny short stories for our unsettling times.