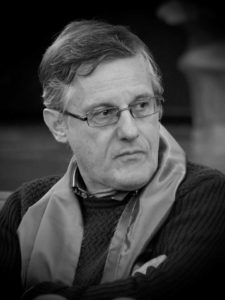 Valerio Varesi was born in Turin. He became a journalist  and is currently working at La Repubblica newspaper. He is the author of 16 crime novels starring Commissario Soneri. River of shadows was nominated for the prestigious Italian prize ‘Strega’ and also for the Gold Dagger award in Britain. The books about gourmet Commissario Soneri have been translated into eight languages. Four of his novels, including River of shadows have been dramatised for the Italian television series, Nebbie e delitti. The English editions of his books were previously published by MacLehose Press. 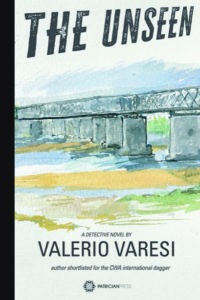 The Unseen – a detective novel

Commissario Soneri from Parma is investigating an unsolved case of a dead body found in the Po River three years before. His investigation leads him to river life, where he tries to break the wall of silence, typical of small communities harbouring poachers, petty criminals and big time profiteers. Soneri realises that the fog surrounding the Po makes things invisible and people unseen; it changes their identities; it deceives. And sometimes it kills.