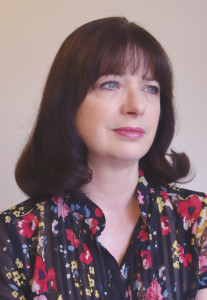 Melanie Hughes was brought up in Harrow and trained at the Central School of Speech and Drama. She went on to act in theatre, television and films. She began writing for Ken Russell in the television series “Lady Chatterley” and then worked on further projects for him, the BBC, London Films, and Union Pictures. Her first published book was Mrs Fisher’s Tulip.

REVIEWS FOR WAR CHANGES EVERYTHING AND MIDNIGHT LEGACY

“I couldn’t put this fantastic story down; it’s wonderful, so involving and naturally and effortlessly written, it was a real delight.”

“From an impoverished childhood in London to the opulence of Lahore and Delhi at the height of the Raj, journey with Nita through a world at war, political unrest and her life, loves and losses.

War Changes Everything is a captivating coming-of-age story, which together with the second novel, Midnight Legacy, draws you into Nita’s fascinating world, which spans two continents, until you feel she has become a lifelong friend.”

“This is a wonderful story of a remarkable young woman’s coming of age, skilfully set in wartime London. Well- researched, insightful and at times gripping as well as poignant, it also charts the rise of political forces both in Britain and India at a time when the world was on the verge of profound change. I eagerly await the second instalment of such a memorable saga.”

“A vivid description of one young woman’s life in the turbulent years before and during the Second World War, showing the vibrant Italian community and the political factions which were to tear the world apart. She also has charted the little known struggles of the India League and the fascinating characters that formed the fight for Independence. This is an accomplished work of fiction, with a solid bed-rock of historical fact.” 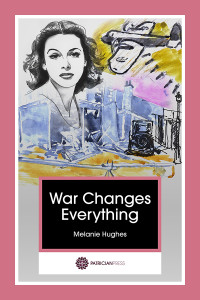 This is Nita’s Story. Born during the First World War, she is illegitimate. When her mother marries, she doesn’t get on with her stepfather. At grammar school she meets Yolanda who introduces her to the vibrant Italian community. The two young women become involved in the left-wing intellectual life of London in the 1930s. She meets Rikh, an activist in the India League. When war is declared, Rikh is seconded to bomber command and they marry in haste. 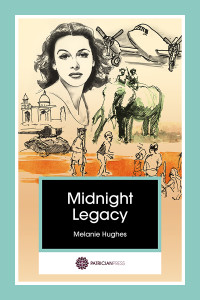 Nita’s story continues. She and Rikh arrive in Madras. Rikh’s squadron is based in Ambala, one of India’s oldest military bases and head of operations for the Combined Allied Forces. Rikh takes part in bombing raids on Burma. Bored and miserable, Nita has an affair with a young pilot. She leaves Rikh and goes to Lahore, ‘the Paris of the East.’ She discovers she is pregnant when the Second World War ends and communal violence is building up all over India. 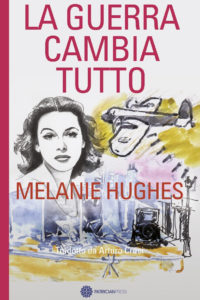