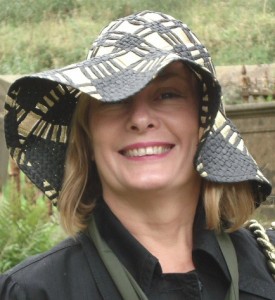 Marianne Francis is the pseudonym of Patricia Borlenghi who has an MA in Creative Writing. She particularly enjoyed studying Oulipian Practice (OULIPO = Ouvroir de littérature potentielle, an informal group of French-speaking writers and mathematicians using constrained writing techniques). She spends a lot of time in East Anglia and enjoys travelling. Clarisse is her first contemporary novel.

Clarisse is not a conventional plot-driven novel but more an episodic exploration of how a woman tackles the problems life has thrown at her. The novel is set in England, France and New Zealand and apart from the towns and cities mentioned in New Zealand, many of the place names are fictitious. Clarisse encounters many people but as in real life, they appear and disappear, so not all are fully-developed characters.

At the outset, Clarisse is the driving force of the narrative. She is in control but by the end of the novel, she is disintegrating, both physically and mentally. As the author, I wanted to create doubt and uncertainty and abandon the convention of a finite ending. 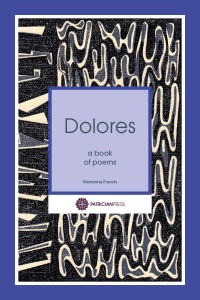 Dolores – a book of poems

An eclectic poetry collection about women, places, philosophy and feelings.

On a Saturday in July.

Of sea craft and distant docks.

Through the sinking seaweed mud

Heading slowly to the water’s edge

At the changing tide.

Soft jingling of dinghies and

Sighting Suffolk on the other side.

Perfect in every way –

Many juicy mussels to be found

Clinging to stones and bladder wrack

And then further inland

Foraging for samphire and

But all the recumbent oysters

Left in their beds for later

When the months include an ‘R’.