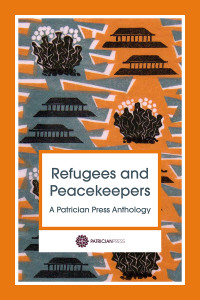 This anthology of poems and short stories was the result of a writing competition Patrician Press ran in 2016. The entries were judged by Joceline Bury, Anna Johnson, Emma Kittle-Pey and Petra McQueen.

The short-listed works, including that of the winner, Penny Simpson, were published in the anthology. Further contributions from Patrician Press and other authors are as follows: Mark Brayley, Wersha Bharadwa, Emma Kittle-Pey, Petra McQueen, Suzy Norman, Robert Ronsson, Anna Vaught, Kenneth Steven and more. Some of the latter works are much more loosely connected to the original themes.

The afterword was written by Ian Shaw who volunteered at the Calais Jungle for one year. Quotes were provided by George Szirtes and the Bishop of Barking and Robert McCrum kindly wrote the back cover review.

The collection is edited by Anna Johnson who has also written the introduction.

An offering from any proceeds is being made to:

The book was launched at the Essex Book Festival in March 2017 at the Wivenhoe bookshop. Further events were held at Firstsite art gallery in Colchester and in Sheffield and Oxford.

THIS BOOK IS NOW AVAILABLE AS AN EXPORT EDITION VIA THIS WEBSITE. For any queries, or further information, please contact: sales@patricianpress.com 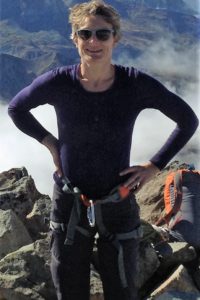 Anna Johnson is an editor, book artist and bag maker. After an English Degree, a PGCE and teaching in London secondary schools, she worked in children’s publishing, then took time out to have a family. She returned to academia to complete an MA in Book …

Penny Simpson is a novelist and short story writer. Her research draws on her background as a journalist, working with organisations such as the BBC and British Council, and her original training in fine art at Brighton Art College. Her publications include two novels and a collection of short stories.