Navigation Menu
Home » Once upon a time in Chinatown 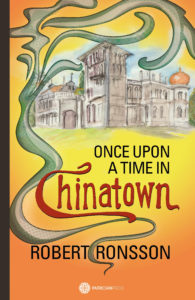 This is the second novel by Robert Ronsson to be inspired by film. It starts with the narrator embarking on a search for the father he never knew. This leads to a ruined stately home in Malaysia and the Chinese family that owns it. The ‘castle’ and its romantic story become the focus of the novel and its fate impels the narrative.

As in the novel’s inspiration, the 1974 film Chinatown, nothing is what it seems. Characters in both the film and novel say, ‘In Chinatown you can’t always tell what’s going on.’ Because the narrator recounts his own story and imagines the scenes where he is absent, the reader receives only one version of events. The possibility of deception is ever-present.

The novel’s unusual structure echoes the 1995 film Once Upon a Time in America. It has long been discussed which scenes in the film are ‘real’ (if any) and which are the result of the lead character’s opium-fuelled imagination.

Robert Ronsson’s novel, Out of Such Darkness, also published by Patrician Press, was inspired by the 1972 film Cabaret and the film’s Master of Ceremonies from the 1930s Berlin nightclub plays a key role in the book. 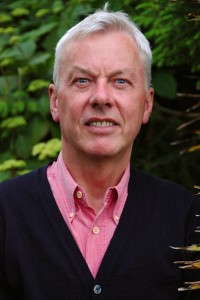 Robert Ronsson lives in the Severn Valley with his wife Valerie. Robert retired early from a career in financial services to start writing full-time. His first novel, No Mean Affair, was published in 2012. Robert is a film enthusiast and he and Valerie …