Nita’s story continues. She and Rikh arrive in Madras. Rikh’s squadron is based in Ambala, one of India’s oldest military bases and head of operations for the Combined Allied Forces. Rikh takes part in bombing raids on Burma. Bored and miserable, Nita has an affair with a young pilot. She leaves Rikh and goes to Lahore, ‘the Paris of the East’. She discovers she is pregnant when the Second World War ends and communal violence is building up all over India. After meeting up again briefly with Lal, an Indian Prince, Nita finally moves to Dehra Dun. In an orgy of violence, India at last achieves her independence.

“From an impoverished childhood in London to the opulence of Lahore and Delhi at the height of the Raj, journey with Nita through a world at war, political unrest and her life, loves and losses. War Changes Everything is a captivating coming-of-age story, which together with the second novel, Midnight Legacy, draws you into Nita’s fascinating world, which spans two continents, until you feel she has become a lifelong friend.”

The first novel about Nita is War Changes Everything.

THIS BOOK IS NOW AVAILABLE AS AN EXPORT EDITION VIA THIS WEBSITE. For any queries, or further information, please contact: sales@patricianpress.com 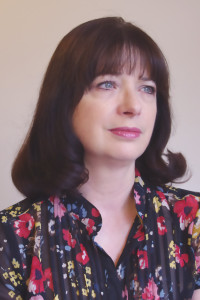 Melanie Hughes was brought up in Harrow and trained at the Central School of Speech and Drama. She went on to act in theatre, television and films. She began writing for Ken Russell in the television series “Lady Chatterley” and then worked on further …